black and white Creepers in...

We started with a small team of workers in 1985, making regular as long as military footwear for countries like Angola, Guinea and Mozambique.

In 1997, we began participating in the fashion world, in some collaborations such as with Maria Gambina in Moda Lisboa in 2010. We have also worked with more classic brands at that time, making and distributing to many countries in the world.

Our gold is high quality in all that we make, and the conception, development and production quality certificate, according to standard ISO 9001:2008 we gained, is a proof of that. 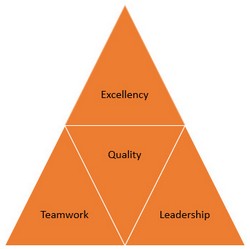 We have been betting since the beginning in the systematic improvement of our production process. For that, we have acquire several new equipment’s through the years, since 1997 until now days, that helped us achieve it.

Today, the company has 36 employees and recognized growth, sustained above all, due to a specific product of added value, targeted to a specific segment of the market.

Since 1997, year that we began expanding our international activity, we have experienced a high rate of exportation all over Europe, followed by Asia, Oceania and America.

The high investment in this area, and all production expertise and technique, gave us the chance of dreaming and accomplish in 2011 to create and register our own brand: Steelground (CTM 008403917).

Steelground brand, allow us to create and offer to the world the most alternative, weird, though amazing footwear for styles such us Sportive, Beatniks, Rockers, Mods, Gothics, Steel caps, Military or the most Classic always inspired in goth, 60’s rock, punk, metal, rockabilly, steampunk subcultures.
It’s also important to notice that we make it for men and women and most recently for baby!
This brand has got a "street "chic style, quite geniously invented and, at the same time, possible to be worn by everyone who wants to stand out.
Just register and have a look at: www.steelground.net, and see what we mean.
We have several creations, sometimes monthly and all products, old and new will never be out of range.

Our company main golds are: quality, creativity and innovation.